ODYSSEY presented at ‘Annual Conference of the International Society for Clinical Biostatistics’ in Leuven, Belgium

ODYSSEY presented at ‘Annual Conference of the International Society for Clinical Biostatistics’ in Leuven, Belgium 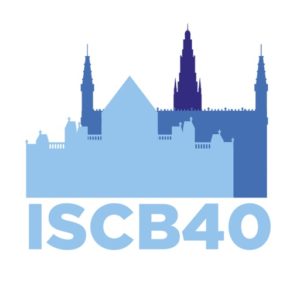 We are pleased to report that a presentation from the ODYSSEY team at MRC CTU at UCL was well received at the 40th Annual Conference of the International Society for Clinical Biostatistics in Leuven, Belgium (14 – 18 July 2019). Rebecca Turner delivered the following talk as part of the Bayesian clinical trials session on Tuesday morning (16 July).

This work is motivated by the need to estimate a treatment effect in small distinct groups of patients in whom recruitment is difficult. These groups lack power to detect a treatment effect, but there is strong justification for borrowing information from a larger patient group within the same trial, while allowing for differences between populations.

To propose methods for eliciting expert opinions about the differences in treatment effect between patient populations, and to incorporate these opinions into a Bayesian analysis.

We use bias parameters to model the relationship between underlying treatment effects across patient populations. In a Bayesian analysis, we choose informative rather than vague prior distributions for the bias parameters, since these are poorly informed by the data. Clinical opinion to inform the prior distributions is elicited from experts and feedback is given using a specially designed spreadsheet to demonstrate the impact of particular beliefs on the relative weights assigned to different groups in the analysis.

Our methods are applied to two example clinical trials. The first trial was designed to compare antiretroviral therapy regimens in HIV-infected children weighing 14kg or more, but includes an additional small group of lighter (younger) children, in whom the treatment effect will be estimated separately. Clinical opinion has been elicited from experts, and has demonstrated that substantial borrowing is supported. Preliminary findings suggest that data from the older children (forming 92% of the sample) should be given 81% of the weight in analysis of the treatment effect in younger children. In addition, we discuss the implications of our methods for design of a basket trial evaluating the effect of one treatment on related cancers in six different sites in the body. Two of the sites represent common cancers, for which a large number of participants can be recruited, while four of the sites represent rare cancers.

Borrowing information from larger groups can facilitate estimation of treatment effects in small patient groups for which recruitment is difficult. Informative prior distributions for bias parameters are required and can be informed by expert opinion or external data.